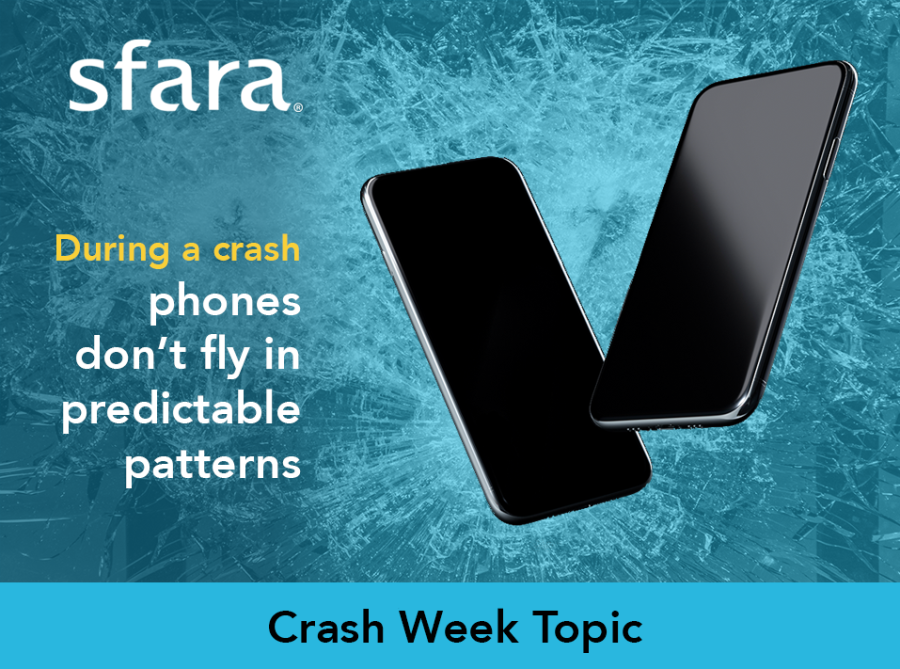 Imagine the endless configurations of mobile phones, operating systems, and placements on a person and within a vehicle that can occur during a crash. Which also causes those phones to often go flying, in no predictable patterns.

Now imagine yourself developing for those diverse conditions an algorithm that determines if a vehicular crash has occurred while the phones are still flying through the air, much less after they landed. You need to determine if it was indeed a crash, or a hit curb, or a slammed brake. These are some of the many challenges of developing a world class crash detection algorithm for mobile phones.

Sfara’s crash detection algorithm is divided into two segments, which we’ll explore over the course of this week. For now, we’re focused on the first segment, which uses Machine Learning (ML) to assist with detection.

To fully harness the power of ML, one must feed it a large and balanced data set of car crashes. The ML requires mass amounts of data that is highly accurate, articulated, identified and labeled to initiate machine learnings that will over time improve the accuracy of the algorithm. This data must include both physical data and an in-depth understanding of the physics of car crashes.

Many solutions on the market tout the number of miles driven on their solution as if that has great bearing on the accuracy of their algorithms. The truth is, without a well-trained ML component, real world road data provides little value. It lacks the context, detailing and labeling necessary to make it understood by the AI.

In addition, the number of crashes per thousand miles driven is minimal and without prescribed order or diversity. As a result, even with millions of miles driven, crash data is scarce.

Which brings us back to the fact that when phones go flying in a vehicle during a crash, they don’t fly in predictable patterns. What’s needed is what Sfara is doing once again this week, crashing vehicles and collecting data. In this case, the only path to success is the hard way.